Collect these Top 12 shots on your next visit to The Shore Club Turks & Caicos – and create some of your own! Voted the Most Instagrammable Hotel in the World Two Years in a Row!

(Print out and take check list for your next visit!) 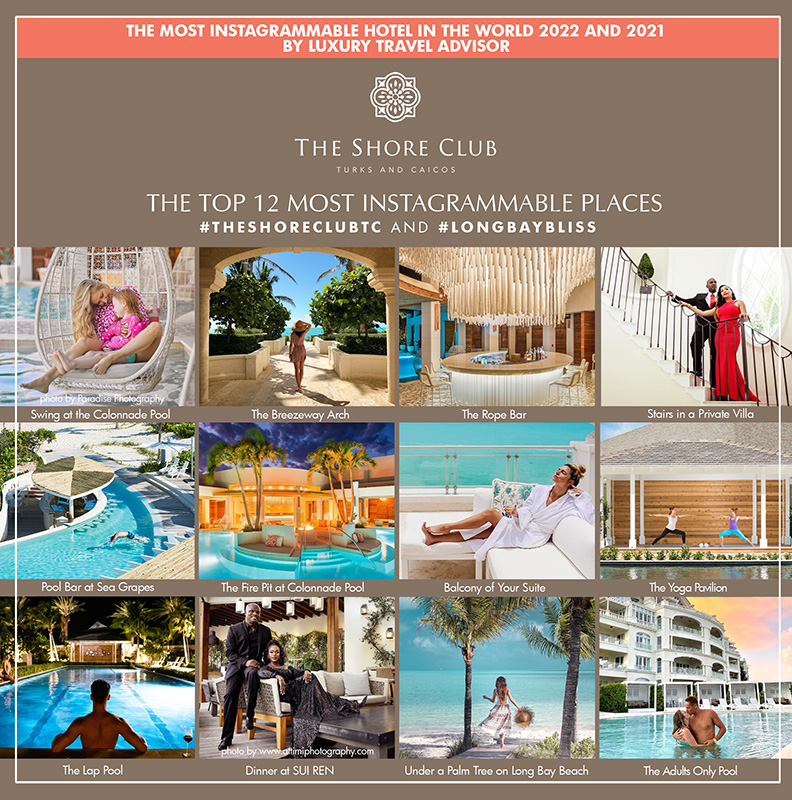 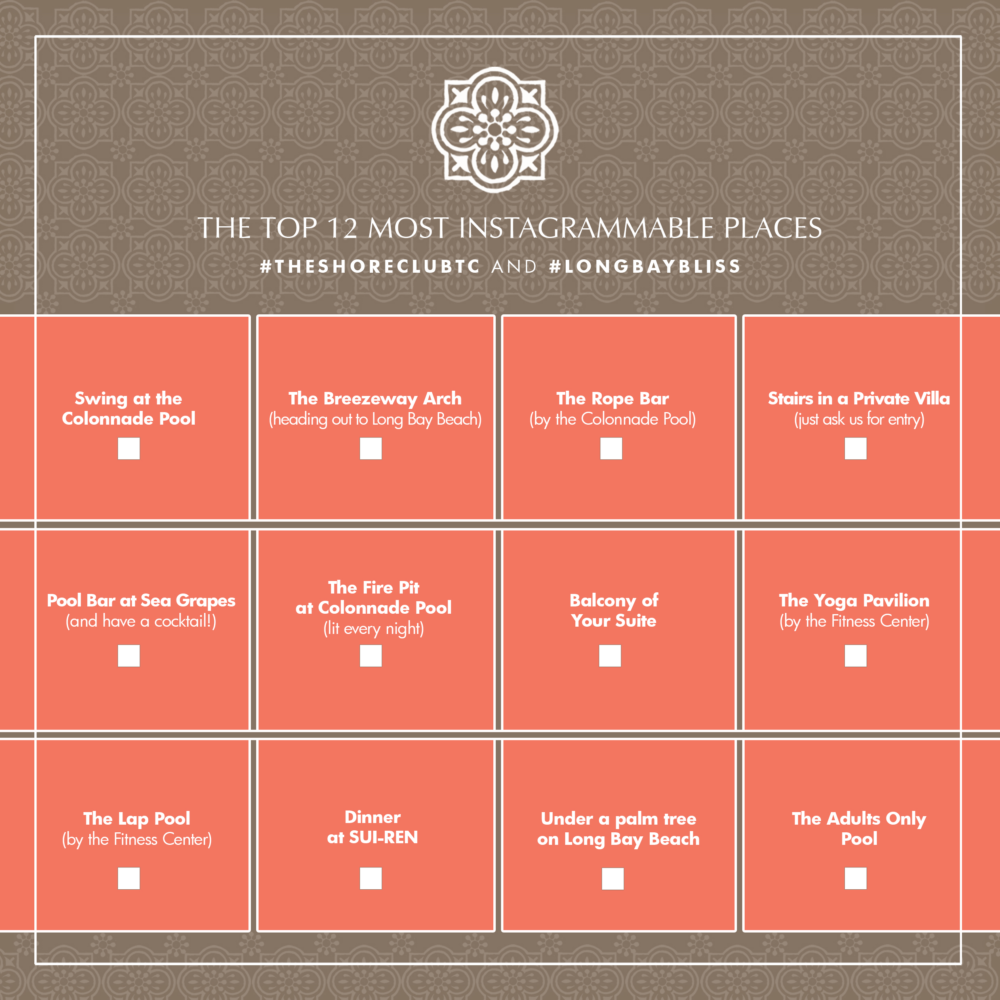 The Shore Club Turks & Caicos has just won Luxury Travel Advisor’s “Most Instagrammable Hotel in the World” for 2022, for the second year in a row, making it their first-ever repeat champion. Sixty four hotels from across the world were broken down into four regional brackets, and after six rounds of voting and over 145,000 votes in the final round, The Shore Club was named the winner.

Prior to its final round matchup against Wildwaters Lodge, The Shore Club faced tough competition in the semifinals against Hotel NH Collection New York Madison Avenue. In an earlier close contest, it topped Mexico’s Wayam Mundo Imperial with just over 51 percent of the vote. The hotel previously knocked down Waldorf Astoria Los Cabos Pedregal in the Round of 16, receiving just over 60 percent of the vote. The Shore Club had won the first round against Vista Encantada Spa Resort & Residences and followed it up with a win over Conrad Tulum in Round 2. Luxury Travel Advisor noted the most popular location for Instagram shots on property is our Colonnade Pool Swings, but we will let you be the judge of that.